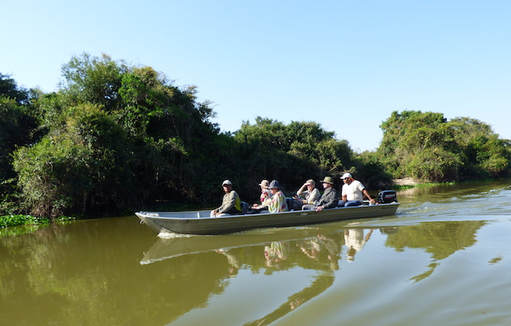 One half of the 'team' on the Pixiam
So today with sad hearts we had to leave our floating home and head back to Porto Jofre to connect with our road transport to our next destination, another lodge about halfway back towards Cuiabá. To this end we had breakfast at 6:30 and left at 7:15 for the boat trip back to Porto Jofre. On arrival we met up with our trusty safari truck driver Antonio and loaded up. During our stop here we had superb views of Grey-breasted Martins and Southern Rough-winged Swallow perched on overhead wires, plus a very obliging Buff-necked Ibis and a couple of Hyacinth Macaws which came down to drink from a puddle. Soon we set off back along the dusty Transpantaneira, birding on the way.
We eventually turned off the road onto a side track and after a bumpy ride along the access track, we arrived at the Southwild Pantanal Lodge which is located on the Fazenda Santa Tereza Ranch, in time for lunch which, as always, was delicious. After a short siesta we set off in two small launches on the adjacent 'river' which I think is called the Pixiam and is not really a flowing river. We cruised along this water course for a while during the course of which we had overhead views of a White-tailed Hawk, a new raptor for the list. A couple of waterside marshy areas held amazing numbers of Great White Egrets and other new birds included a Neotropic Cormorant, and a Boat-billed Flycatcher. Eventually we disembarked, and had a nice walk along a trail through the forest. This was pretty productive and produced some good finds, such as the tiny woodpecker with the intriguing name of White-wedged Piculet, plus the smart starling-sized Rufous Casiornis, and a Straight-billed Woodcreeper. A great photo-opportunity was presented by a Great Potoo sitting motionless in the sunshine on a low branch. Eventually we made our way back to the boats and returned to the lodge, ticking off White-lored Spinetail and Lesser Kiskadee on the way, plus a Green Iguana. By this time it was approaching dusk and after a short break we headed to a viewing area where, if we were lucky, we would see Ocelot coming to an area where the lodge baited suitably placed tree branches with meat. As dark fell, spotlights were switched on and we waited .....  and waited! The night sounds were very entertaining, and we were surprised when a Common Pauraque flew into the arena and settled on the ground momentarily. Sadly no Ocelot appeared. One had been seen and photographed the previous evening, as was evidenced by a photo shown to me at lunchtime by a birding pal of mine from South Wales who had also been staying at the lodge - it's a small world! We didn't do the bird list this evening as other guests had arrived and were rather noisy. 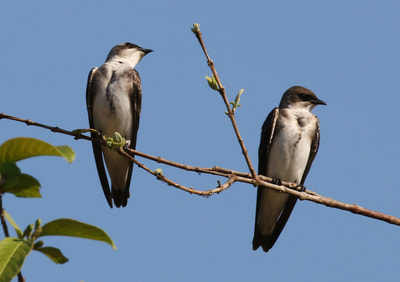 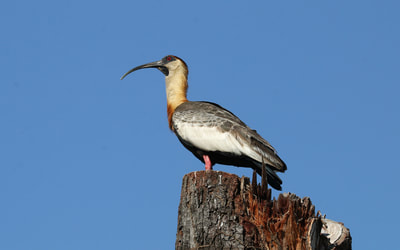 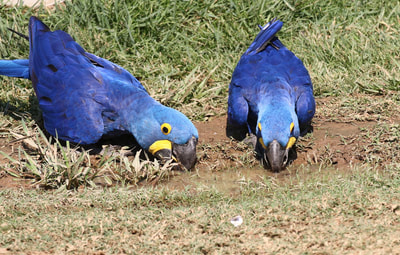 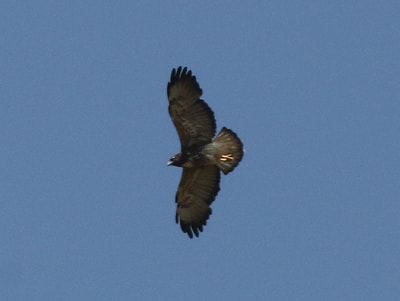 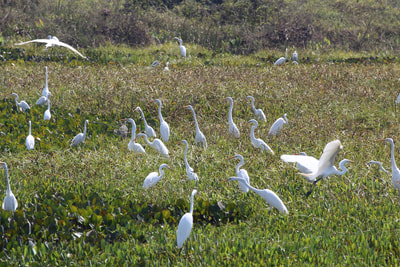 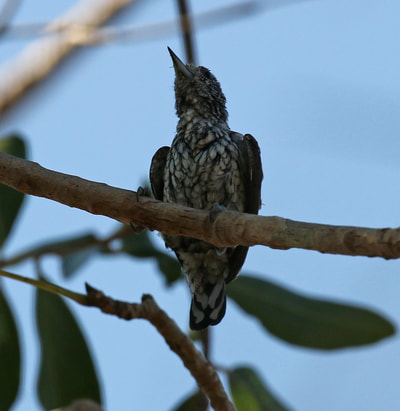 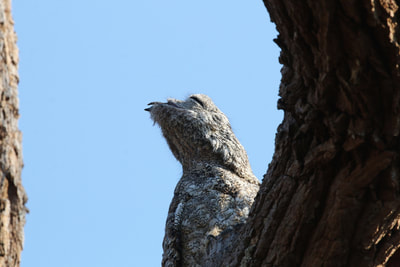 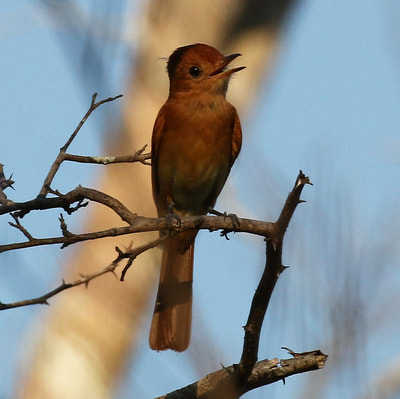